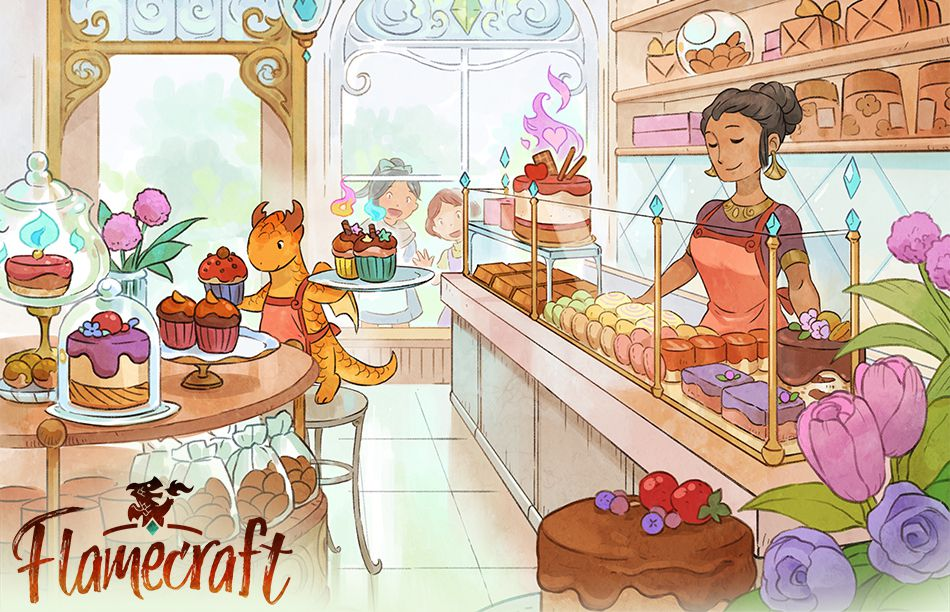 We are privileged to have Singapore-based Artist Sandara Tang with us today to share more about her experience as a digital artist, and more specifically to talk about her process in developing the illustrations for the new board game, Flamecraft. Currently ranked 6 on Boardgamegeek(BGG)’s ‘The Hotness’ list, which reflects the most trending boardgames, Flamecraft has made its mark, owing no small part to Sandara’s inspired illustrations.

To those who are not familiar with Sandara’s work, she is highly popular on DeviantArt, with over 200,000 followers and 7.5 mil page views. You can check out her work on http://www.deviantart.com/sandara/gallery http://instagram.com/art_of_sandara/ and http://www.facebook.com/ArtofSandara3

Most well known for her drawings of dragons, Sandara’s work fit the fantastical whimsy of Flamecraft like a glove. Sandara is also a Principal Lecturer at Digipen Institute of Technology (Singapore) where she has been teaching digital art since 2011. 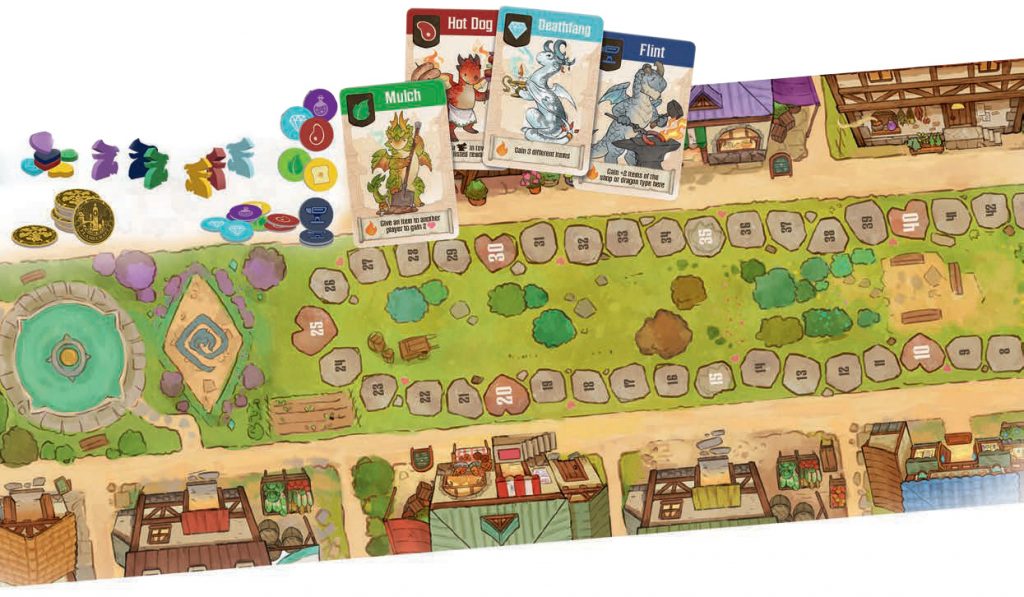 Wai Hong: Hi Sandara, thank you for doing this interview with us. First of all, congratulations on the success of Flamecraft. I have bought a copy of my own, and I really like the artwork on it! How does it feel to have achieved this level of success in your first foray into board game development?

Sandara: I have to say I was pleasantly surprised. I don’t play boardgames myself, other than the really casual ones like Monopoly or Exploding Kittens, so this was something really new to me. I’m very happy that people feel drawn to the artwork and I think the Kickstarter for Flamecraft kind of came at a time when things weren’t so good in the world (Covid and lockdowns) so people really resonated with the warm and happy feel of the game.

Wai Hong: Looking through your DeviantArt portfolio, I see many dragon drawings! How did your love for drawing dragons begin?

Sandara: I’ve always loved drawing dragons as a kid. I like that a dragon’s appearance is not fixed, but is so flexible that many designs can be explored from it.

Wai Hong: How did your journey in creating Flamecraft begin?

Sandara: It was the Creative Director, Manny Vega, who reached out to me about his idea for a game about dragons. I had worked with him previously on a couple of cards for his game ‘Sparkle*Kitty Nights’ and he was really nice to work with, so I gave his idea a listen. He had seen this sketch I did of a little dragon torching a creme brulee and he wanted to build a game around that idea of dragons being small and helpful. Flamecraft kind of just grew from there.

Wai Hong: At Living Theories, we are interested in the narrative building and project management aspects of board game creation. We were hoping you could shed some light into the development of Flamecraft. What was your process in developing the artwork for the dragons and other characters in the game? What challenges did you face?

Sandara: When I started work on Flamecraft, the core game design was almost finalized, so we kind of knew what art assets were needed and we could just develop the art from there. Manny handled the UI and icons while I worked on the rest of the illustrations. I did quite a bit of conceptualizing the different dragon types; we had to make sure each type (Bread, Meat, Plant, Iron, Crystal and Potion) looked different enough from each other so that players could tell at a glance what type they were.

I do remember Manny and I spent quite a lot of time getting the cover art just right. We did so many versions of it! One of the things that people seemed to like was that the art of the dragons and shops were all unique. It was a lot to draw and one of my regrets was not being able to make the Fancy dragons truly unique; there were just too many of them! The actual Kickstarter campaign ran for…I can’t remember, around 25 days? It was an absolutely insane race. I think we were coming up with new art and stuff for the Kickstart Campaign almost every day that it ran. The stretch goal map was so long!

Wai Hong: That sounds really exhilarating! Kudos to you and the team for knocking the Kickstarter out of the park. Lastly, how was the world-building in Flamecraft done, and what influence did you have as an Art Director to shape the world?

Sandara: That creme brulee image was really the key art for this game, and everything just grew from there. I had thought about this world and its dragons before, and had actually developed some of the dragon types. Originally, they made very fantasy stuff like swords and magic potions and things like that, but Manny wanted a very non-violent approach to the game, and he pitched the idea of the dragons making mundane things like pots and pans and coffee instead and I really liked that take on the whole idea.

For the art style, I just went with what I used for the creme brulee image, linework and flat colors. For the amount of work this game needed, I had to have a style that was quick to produce.

Wai Hong: Thank you for your time, and sharing your insights into the game’s development. So what’s next for Sandara Tang? Are there more board game projects on the way?

Sandara: Yeah, we are currently looking into what’s next for Flamecraft and the publisher, Cardboard Alchemy, was really great to work with so I’ll still be working with them and Manny in the future.